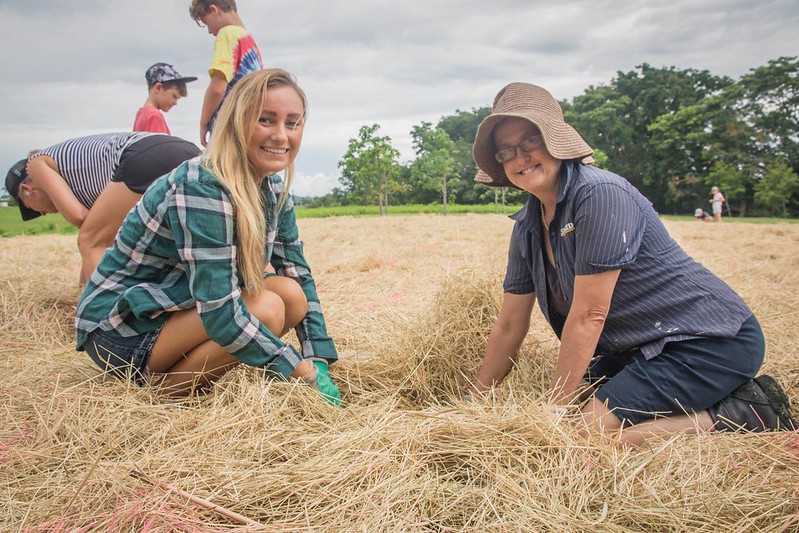 The Beacon Legume Planting Day was a success! The rains held off until 11am, which gave us enough time to make a great start.

We had 27 people along as participants – just the right amount to make a critical mass, not too many to be unmanageable.

Philip Kemp from the Yuwibara Aboriginal Corporation came down to be part of it, and there were people from Mackay Council who work in arts and sustainability, Katie from Great Barrier Reef Marine Park Authority, Mel from Pioneer Catchments and Landcare, and of course all our key players including Starrett from MADASSIA, Kellie our education expert, and farmer Simon. Oh, and Councillor Laurence Bonaventura, who has been a great supporter of our work since last year’s Sunset Symphony in the Sunflowers. Charmaine Miller had done an interview with us on radio my105.9, and she came along with her son. And we were graced by a bunch of lovely cheeky kids of all ages too. 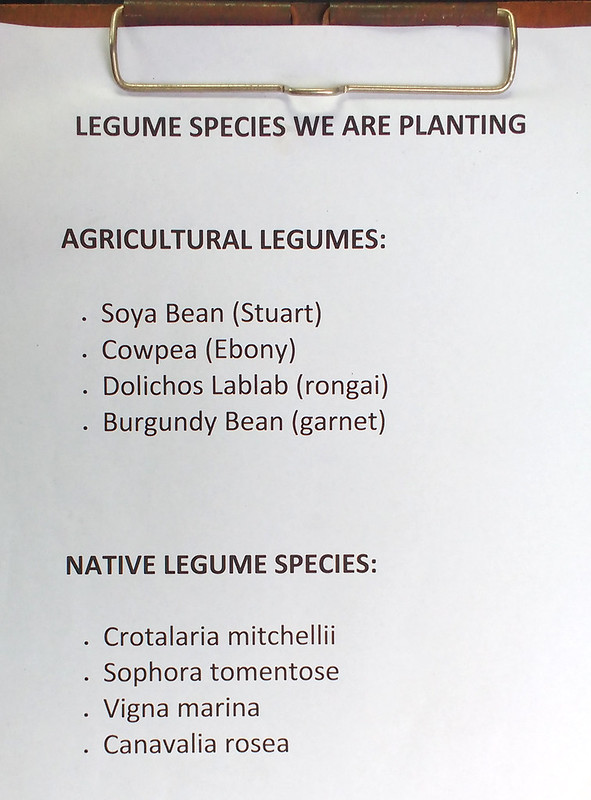 Here’s how it went:

We started off with an acknowledgement of country, followed by a short update on the who what when where and why of our overall art+farming project.

Simon Mattsson explained the biological significance of planting legumes (in a nutshell, legumes fix nitrogen in the soil and improve the soil biology to give our future crop of sunflowers and sugarcane a better start). He brought along a mature soyabean plant from his farm to show the nodules that form on the roots. 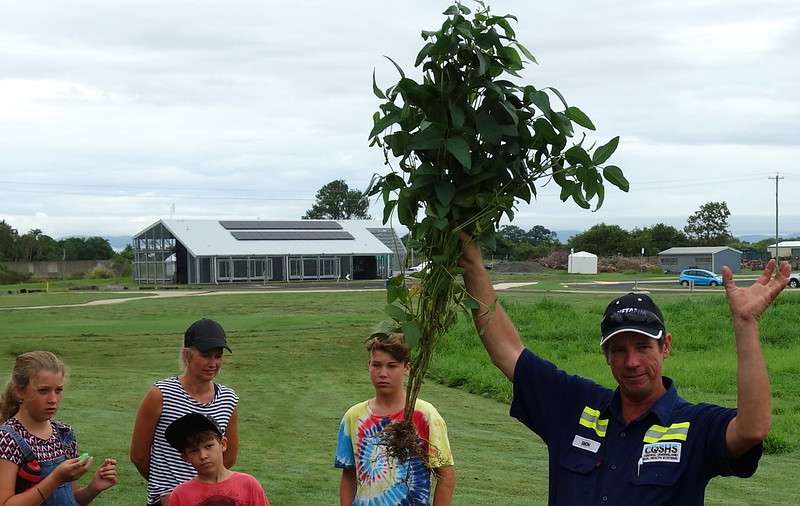 Then Kim, Sophie and I pickup up our ukuleles and led the crowd in a rendition of “The Legume Song”. The tune is based on a sugarcane planting song from Barbados, which Kim adapted with new lyrics to local conditions!

After this, Simon demonstrated the use of “innoculants” to help the legume seeds along. 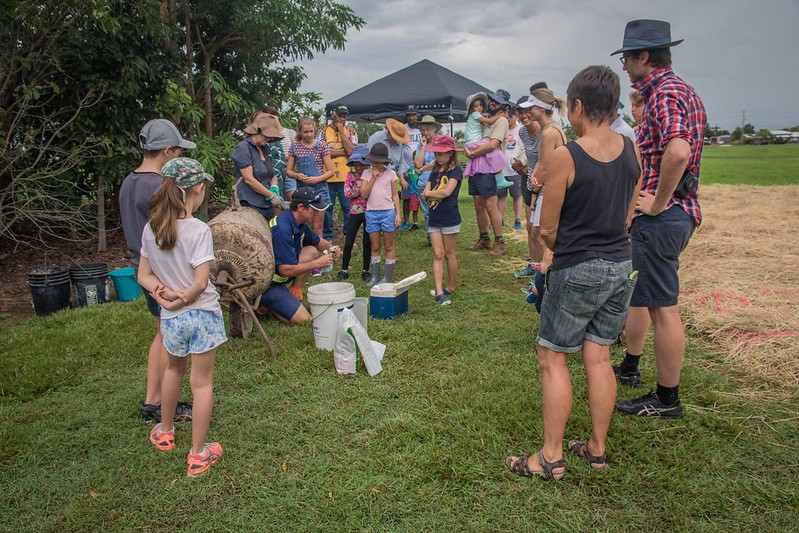 Simon uses a cement mixer to combine the seeds with the innoculants: 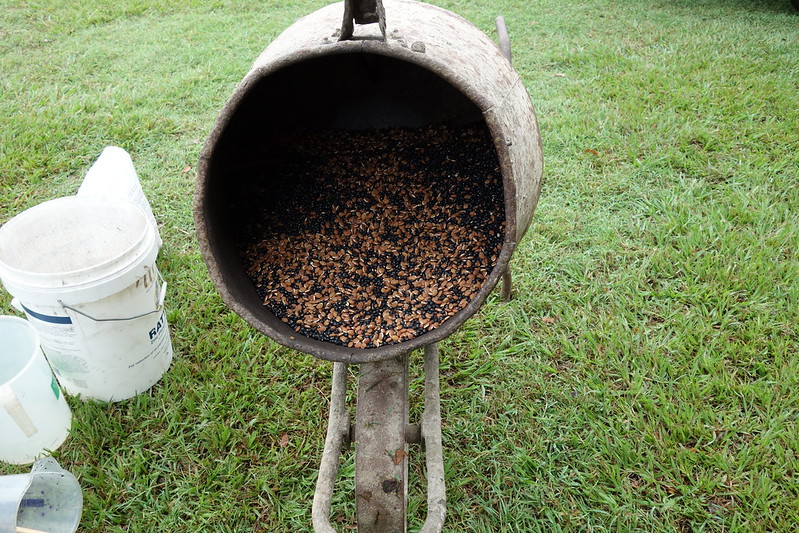 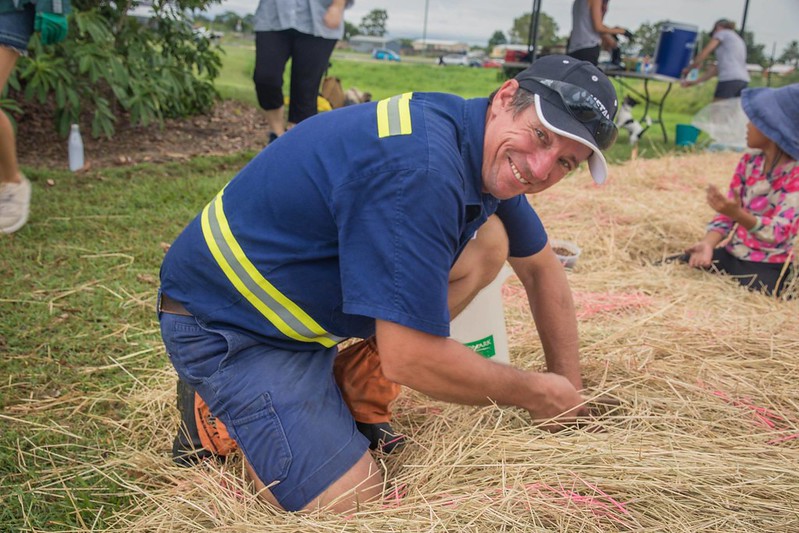 Everyone got stuck into it, forming into small teams of 2 or three, and working their way along rows that Kim, Sophie and Deb had marked out, and planting deep into the mulch layer: 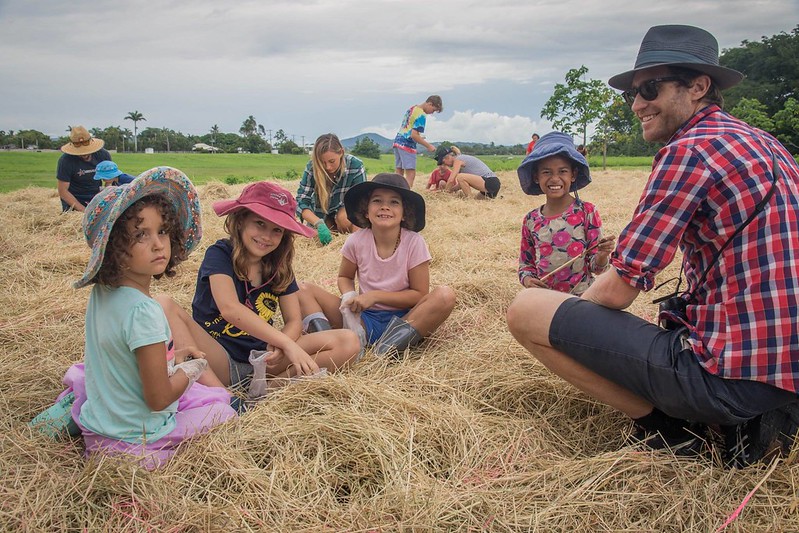 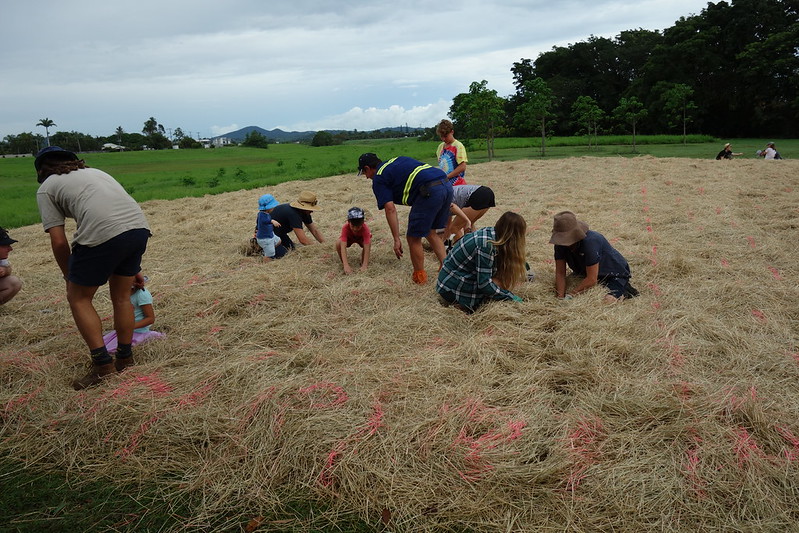 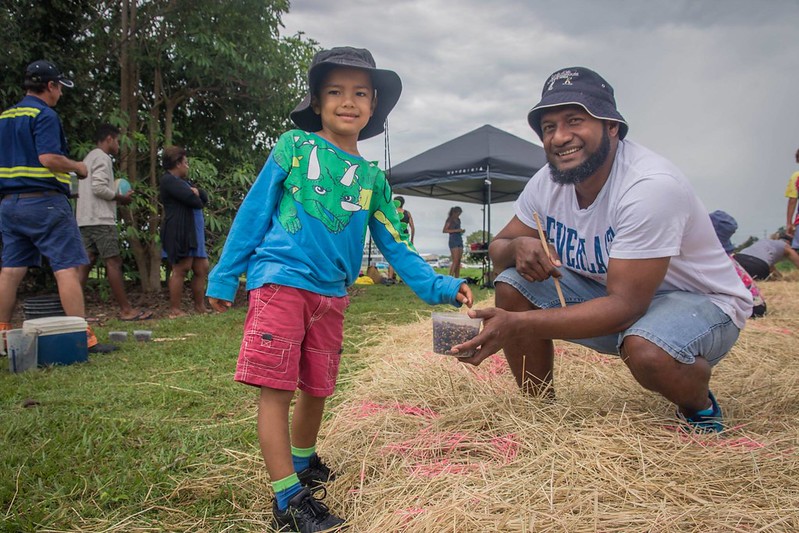 Some of us were more higgledy piggledy than others, so it will be interesting to see what patterns the seedlings produce when they emerge!

After an hour we had a break for some delicious sugarcane juice provided by Sugar Rush – a local business just starting out. 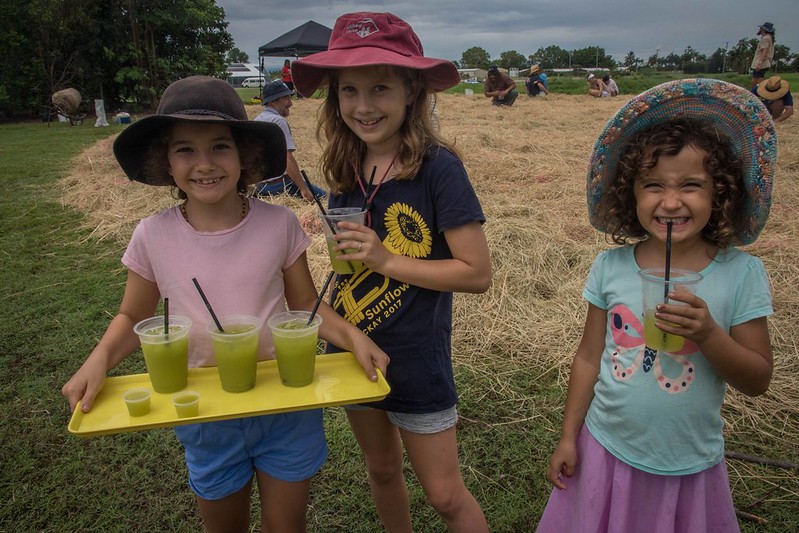 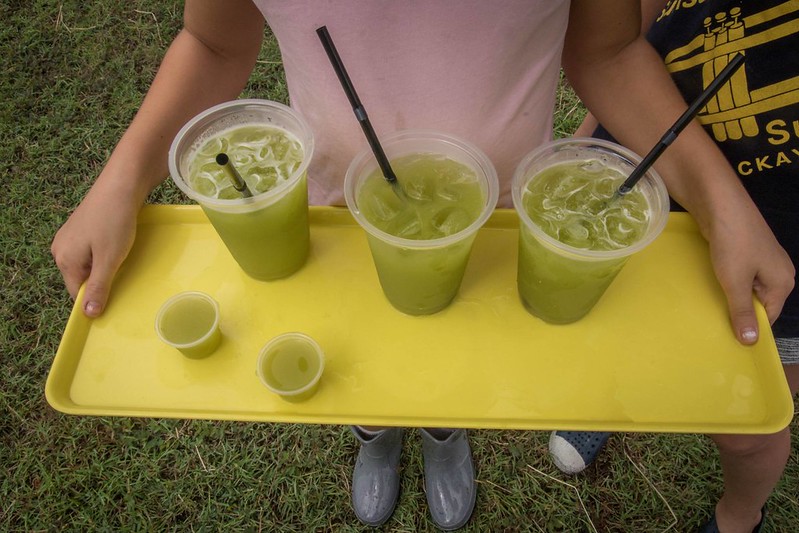 It was terrific to work with Karl from Sugar Rush – Simon and Luke provided the cane freshly harvested from the farm in Marian. And Susie made some excellent home baked scones for our morning tea which disappeared almost instantly.

We were pleased to get so many legumes into the soil, although we didn’t quite finish the job. That honour was saved for Starrett’s crew who planted out the rest of the legumes on Monday morning. Now we wait and see what happens!

One Reply to “Planting Legumes at The Beacon”