In the lead up to our legume planting at The Beacon, Mackay Regional Botanic Gardens, we made two media appearances. The first was an article by journalist Camilla Warner in the Mackay Mercury entitled “Art and Agriculture Sprout into One”: 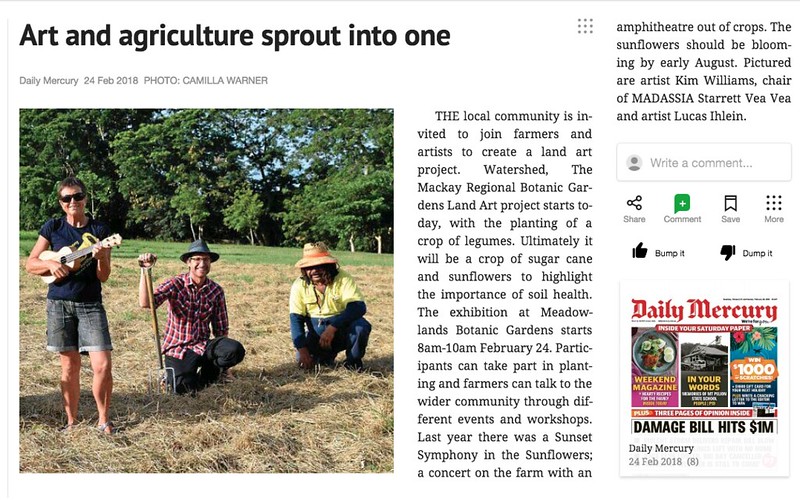 The second was a radio interview with Charmaine Miller, on my105.9 radio, which is run by the Mackay and District Aboriginal and Islander Media Association. It was a full house in the studio with Kim, Lucas, Starrett and Simon, all talking about working together on the Land Art Project at the Botanic Gardens and discussing why we’re involved from our diverse backgrounds and professions. 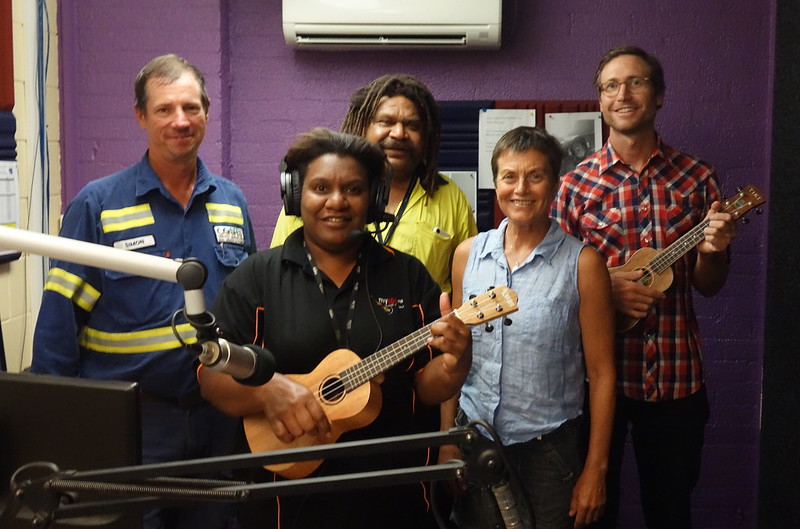 Kim and I brought our ukuleles along, and everyone sang “The Legume Song” on the air – a “world premiere” – which was a thrill. (if you want to listen to the song on its own, click here).